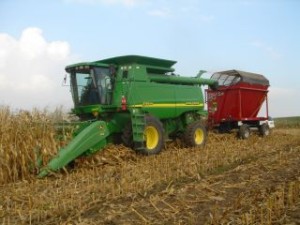 In 2007, 13 field studies were designed to address several aspects of the our breeding and genetics programs.

Trial WQSLAX involved new inbred lines from the most recent cycles of WQS and other promising silage germplasm.

As in past years, the Germplasm Enhancement of Maize (GEM) program has provided our program promising breeding populations from Latin America. GEM lines appear in three of our silage trials, GEM244, CUBA164, and BR52051.

We evaluated progress from four cycles of selection in WQS on both a stover (WQSEVAL-ST) and whole-plant (WQSEVAL-WP) basis.

In trial STOVEREVAL, the stover of recently released and experimental lines inbred lines was evaluated for fiber compostion and digestibility.

A new research effort started in 2005 was dedicated to determining the most appropriate germplasm for use as fermentable feedstocks for enery production. WQS and IBM germplasm was the focus for this effort in which we we evaluated corn stover remaining in the field after grain harvest. The germplasm appeared in trials WQSEVAL-BIOFEED, IBMEVAL, and IBM604. Tiller formation and plant morpholgy were the focus of trails IBMTILLEVAL and GRASSYEVAL.

Most of the trials also included numerous checks and experimental germplasm used by the silage breeding program and the UW Corn Extension Program program directed by J.G. Lauer.