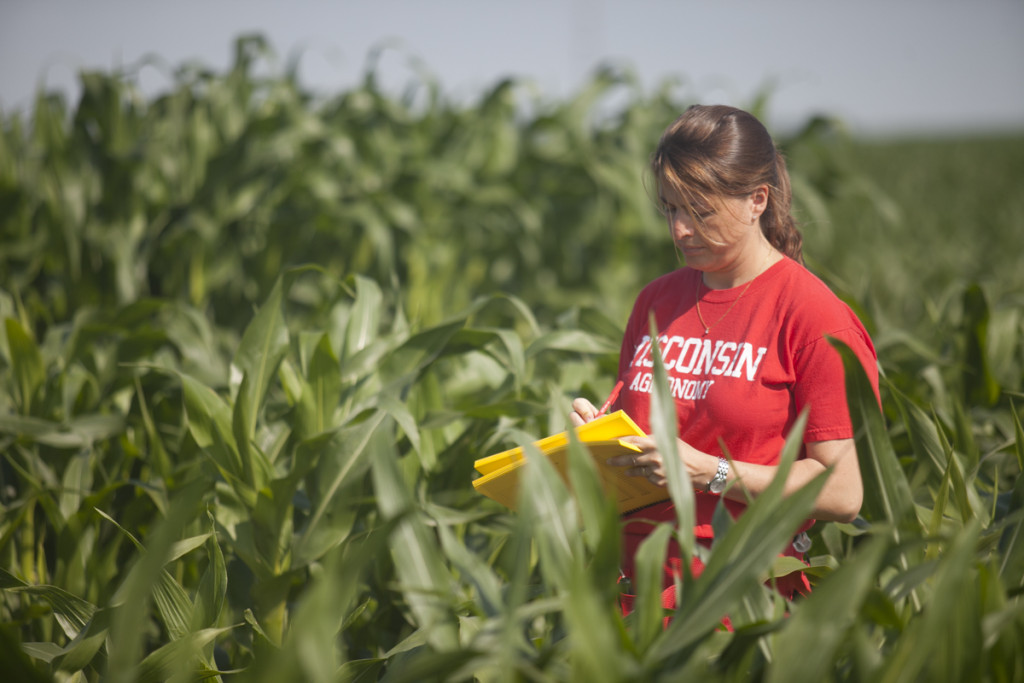 The UW Corn Silage and Biofeedstock Breeding Program, includes one of the only silage breeding program in the U.S. public sector. This program has created unique germplasm specifically designed to produce high-quality inbreds for use as parents for silage hybrids. Our program is also dedicated to determining the most appropriate germplasm for use as fermentable feedstock for energy production. Our objectives are:

The program is a broad-based effort including research on breeding, crop management, animal nutrition, and cell wall compositional analysis. We encourage critical review of our work so that we can incorporate new information on silage and biofeedstock productivity, quality, and germplasm that will be relevant and readily available to all.

The UW Corn Silage and Biofeedstock Breeding Program has one additional benefit that is critical for the continued success of the corn breeding industry. It is an outstanding training opportunity for graduate students to become thoroughly acquainted with the breeding procedures used to produce hybrids.

In 2004, the performance of W601S-W604S was evaluated in trial NEWINB. These inbreds also appeared in trials HC33, LH198, LH227, and LH244. Hybrids involving W602S and W604S were evaluated in the 2004 UW Corn Performance Trials conducted by the UW Corn Extension program. The hybrids were designated:

Four inbred lines from WQS C0 and C1 were released in 2003. W601S (S5 = 53062-2-11-1-1) was developed from WQS after the first cycle of selection. W602S (S5 = 80063-1-2-3-1), W603S (S5 = 80259-2-2-1-1) , and W604S (S5 = 80353-2-3-5-1) were developed from WQS after the second cycle of selection. Selection for all lines was initiated at the S2 stage of inbred development, at which time they were evaluated in topcrosses to LH119 (W601S) and LH198 (W602S, W603S, and W604S). These lines were also topcrossed at the S5 stage to inbreds LH198 and HC33. The topcrosses were evaluated in several field environments and selected on the basis of forage yield, neutral detergent fiber (NDF), in vitro true digestibility (IVD), in vitro NDF digestibility (NDFD), protein, starch, and, as a result, milk production potential. W601S – W604S are approximately 50% Lancaster background and 50% broad-based high-quality germplasm from northern temperate regions. The inbred lines combine well with lines derived from the Stiff Stalk heterotic background to provide average to high yielding hybrids with good nutritional quality.

If you are interested in our silage germplasm contact Natalia de Leon (ndeleongatti@wisc.edu). If you would like to receive inbred or hybrid seed, you will have to fill out a Material Transfer Agreement that is available from WARF. Breeding populations are available with a licensing agreement. Refer to the Germplasm page for more information.

For more information on accessibility to these lines, please email Emily Bauer from WARF.

Germplasm/Technology Availability and Mechanism of Distribution

Two types of germplasm are available: 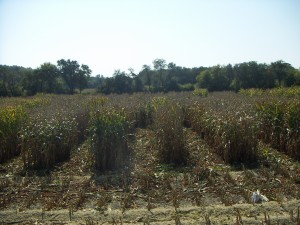 The following set of lines are publicly available and require no material transfer agreement:

For further information about W606S-W610S, W615S-W616S and the University of Wisconsin Silage Breeding see the Public Cooperator Reports by de Leon on the Germplasm Enhancement of Maize (GEM) web site.

If you are interested in our silage germplasm or technology contact Natalia de Leon (ndeleongatti@wisc.edu). If you would like to receive inbred or hybrid seed, you will have to fill out a Material Transfer Agreement that can be obtained from WARF using the links provided above. Breeding populations are available with a standard license agreement that can also be obtained from WARF.